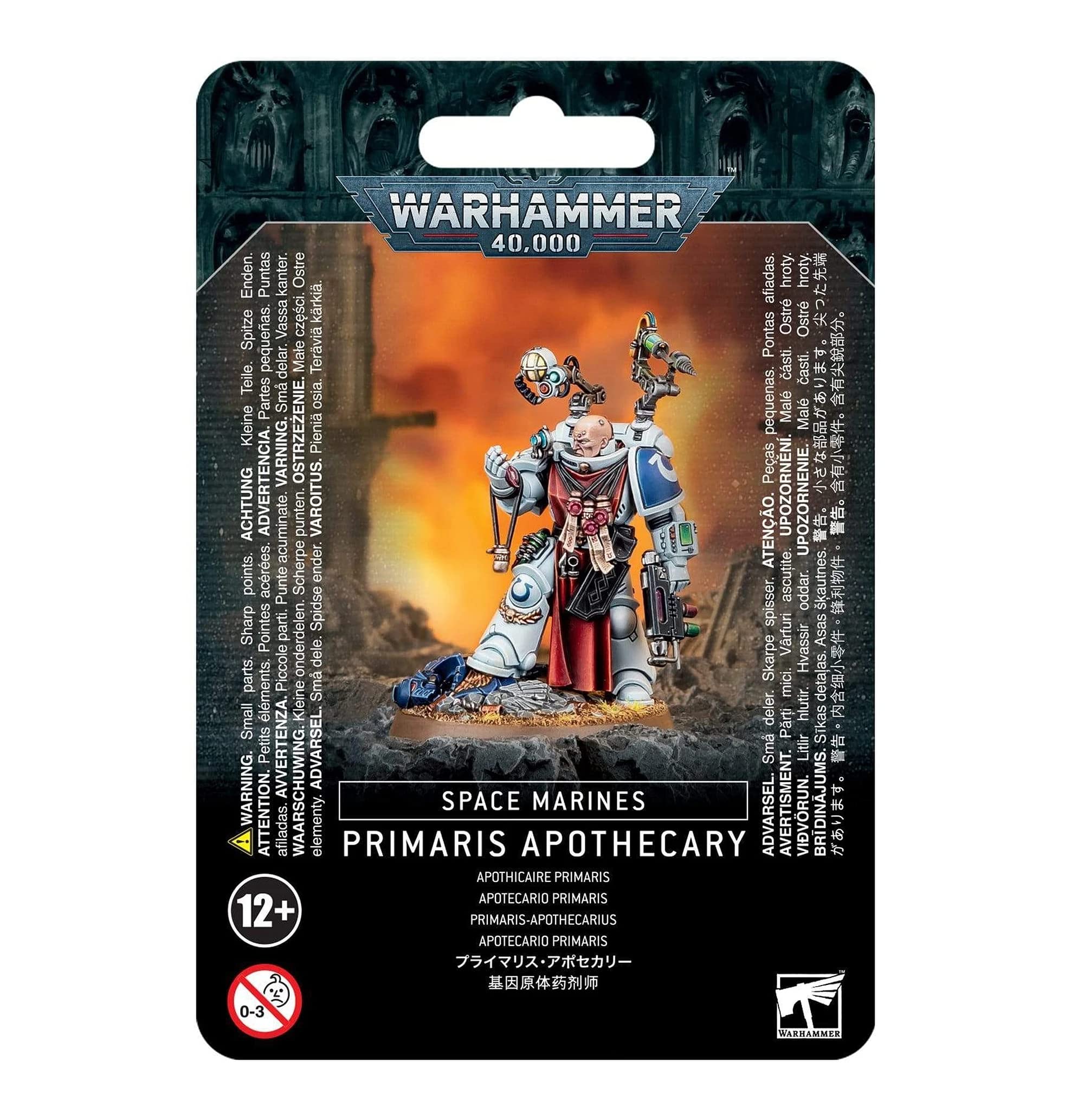 Amongst the most honoured Space Marines of a Chapter are its Apothecaries. It
is their role to to mind the physical well-being of their battle-brothers –
this is seen most obviously on the battlefield, where an Apothecary serves as
an emergency medic. Their most important duty, though, concerns the dead; an
Apothecary can harvest the progenoid organs from a fallen Space Marine,
ensuring the creation of further warriors and the continuation of the
Chapter.This multi-part plastic kit contains the components necessary to
assemble a Primaris Apothecary. Strikingly detailed, clad as he is in Mk X
power armour, this miniature features far more accoutrements and gadgets than
the standard Primaris Space Marine – as befits his battlefield role. Strung
around the chest plate are several canopic jars, bearing purity seals: these
are filled with progenoid organs that have passed his scrutiny, and will be
used in the creation of further Primaris Space Marines. In his right hand he
clutches a freshly-hewn organ upon which his gaze is fixed; another canopic
jar hangs from his arm, ready. His left arm holds a narthecium, the grisly
instrument of his craft, though this can be replaced with an optional absolver
pistol (often the last thing a fallen brother will see…)Adding to the detail
and options of this kit are a selection of lamps and surgical inspection
lenses, with a chainsaw, injector servo arm, drill and stapler amongst the
possible modelling options. As a macabre narrative extra, a slain Space Marine
is included with a huge incision made by the Apothecary’s narthecium, to be
added to the base.The Primaris Apothecary comes as 28 components, and is
supplied with a Citadel 40mm Round base. The kit also includes a Ultramarines-
Character Transfer Sheet, which features Captain, Chaplain, Librarian and
Lieutenant iconography.